Humans are instinctively drawn towards natural surroundings. Many parents today may not agree. Kids are spending far too much time immersed in screens and not enough time playing in trees.

This is not good news!

A growing body of research shows there are significant links between nature and good mental and physical health. Health officials are concerned kids are spending too much time indoors playing computer games, watching TV and scrolling through social media content.

Digital overload is not conducive to a child’s physical or mental development. Spending too much time in front of a screen will damage a child’s ability to socialise, put a dent in their self-confidence and increase the risk of psychological disturbance.

In adults and teens, too much screen time increase the risk of obesity, type II diabetes, anxiety, depression, heart disease and cancer.

A landmark report composed by a committee over 40 child and adolescent health experts recognised that harmful marketing on TV and various digital channels pose a problem for children. For example, junk food, sugary beverages, alcohol and vaping have free rein during televised sports events.

Encouraging your children to explore the great outdoors is essential. If your kids are not the type to jump all the suggestion day out in the countryside, why not organise games and activities that make your nature walks fun and engaging for kids and adults.

The Child Mind Institute says it’s important for children to spend time in nature in order to:

Nature deficit disorder is a term that was first coined by Richard Louv in his 2005 book Last Child in the Woods.

The book discusses the growing importance for children to spend time in nature. Louv’s research shows that direct exposure to nature is essential for children to develop into healthy adolescents and adults, physically, emotionally and mentally.

It’s important to note that Louv’s observations were made fifteen years ago. Since then, the proliferation of digital platforms, TV stations and engrossing video games has increased considerably.

Add to that, poor urban planning, the disappearance of grass parks and other green spaces, an increase in traffic fumes, a lack of education about the natural world in schools and the intensity of fear-mongering through various media channels.

In contrast, being in nature nourishes your brain’s executive function that is responsible for planning, prioritising and multitasking. Creativity and imagination help you to troubleshoot and negotiate.

Being in nature also will help the whole family to build up your immune systems and fend off illnesses. The great outdoors also exposes children to more risks which helps teach them about the responsibility of taking care of themselves.

You don’t have to drive out to the countryside, mountains or forests every day to get your nature fix. Spending time in green spaces or the garden, if you have one, is enough. You could even encourage your children to grow herbs or nurture a house plant in their bedroom. If it’s green, it’s not a screen. 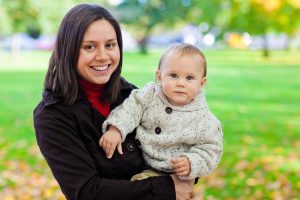